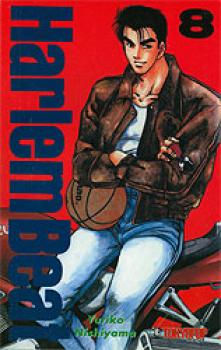 Nate Torres has finally earned respect on the b-ball courts, having led his street hoops team Scratch to the 3-on-3 championships. But in the competitive world of high school basketball, it takes more than street smarts and cool moves to get to the top. Can Nate integrate and get the respect he deserves in a team of bigger, older, and more experienced players? Johnan High takes on the famous Hara Commercial High and things aren&#39;t going well. So the team leader, Shurman, decides it&#39;s time to change his strategy and sends in Nate and troublesome Sawamura as substitutes against a powerful offense. Now Nate gets his chance to prove himself to his teammates and to himself.