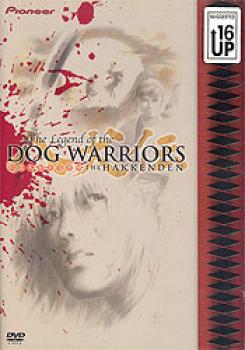 During the war-torn feudal wars of Japan, the Awa clan faced certain extinction from a rival clan backed by demonic forces. However, a careless promise by their lord leads to both salvation and disgrace when their family dog brings back the head of the enemy warlord and insists upon marrying the lord&#39;s daughter! Their unnatural union bears fruit, but when they are both killed, the eight unborn pups are reincarnated as the eight Dog Warriors - The Hakkenden. Representing the eight separate aspects of the Bushido, these warriors engage in bloody battles with demonic entities and evil samurai in a final attempt to redeem their clan! Hakkenden is the fully animated adaptation of the well-loved classic by Bakin Takizawa, &quot;Nanso Satomi Hakkenden,&quot; and all seven volumes of this epic story of feudal Japan are collected for the first time on DVD.