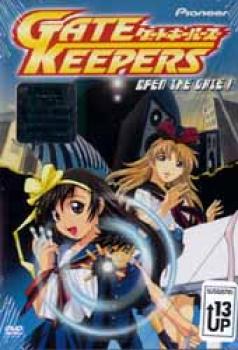 Japan, 1969. Strange invaders threaten Japan&#39;s recovery from the devastation of World War II with a shocking form of guerilla warfare. Fortunately a new type of hero has been discovered among the teenage population of Japan - the Gatekeepers! Able to channel &quot;gates&quot; to other dimensions, this new generation of heroes is the only thing standing between the earth and total annihilation. Approximate running time: 75 minutes.