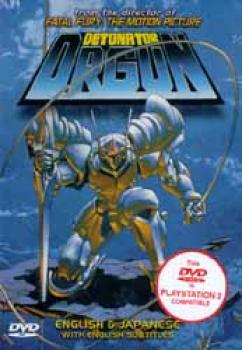 If it weren&#39;t for the horrific dreams, Tomoru would be having the time of his life cutting classes and playing video games. But, his dreams are being invaded by a mysterious life form from beyond our solar system, urging him to prepare for battle against the impending danger that threatens the entire planet. As he struggles to grasp what is happening, Michi, a young Earth Defense Forces Intelligence Researcher along with Izack, a super computer, race to unlock the secrets of a suit of alien armor. But the armor seems to have an agenda all of its own! Collecting all three volumes of this pulse-pounding, heavy-metal hitting anime from the director of Fatal Fury: The Motion Picture. Approximate running time: 159 minutes.