Eagle vol 19 Fires in the plain 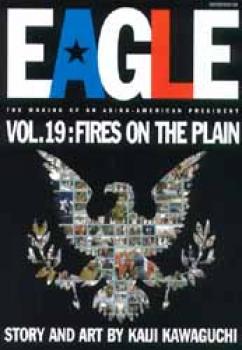 Eagle vol 19 Fires in the plain

Yamaoka&#39;s in danger of losing his home state of Washington to General Grant when continued efforts don&#39;t seem to yield a resolution in the drawn-out Ewing Aerospace strike. Yamaoka must use every trick up his political sleeve to bring the two feuding factions back together and save face. Meanwhile in Arkansas, Al Noah discovers the hard way what Senator Yamoka&#39;s newest political hurdle will be-growing anti-Japanese racism in the United States.