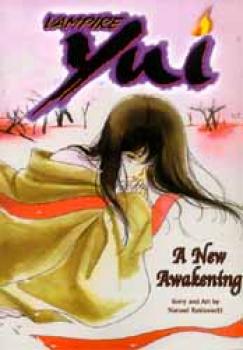 From esteemed artist Narumi Kakinouchi, who brought you New Vampire Miyu, comes the gothic tale of Vampire Princess Yui, a young half-human/half-vampire who does not yet understand her fate. Yui has been sick for some time and doesn&#39;t know why. It turns out that it is because of her cravings... for blood. Join Yui as she learns of her vampiric heritage, her relation to the vampire Miyu, and the mysterious Nagi, a young man who is not quite human himself...

In this first volume we see the birth of Yui as a vampire and how she accepts her fate as being one. The story also gives more information on Miyu's life and other character as well adn shouldn't be missed when reading all about miyu's world!