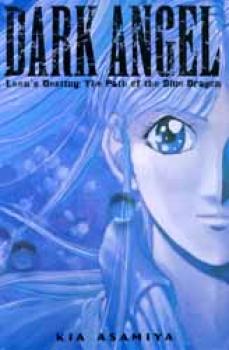 The sexy Phantom Saint Leen is the star of this exciting graphic novel, the third in the Dark Angel series! Kia Asamiya&#39;s art has never been more exciting, his women never more beautiful, his stories more action-filled than in this powerful story arc. The beautiful Leen has undertaken a quest to recover the golden orb that was the rightful possession of her ancestors of the House of the Blue Dragon. But the gorgeous and deadly Nie, the Black Dragon, was secretly consumed with jealousy when Leen became Phantom Saint, and has conspired to murder Leen and take her kingdom! Asamiya brings in fascinating characters from Greek mythology, including and evil shifting-goddess who nearly defeats Leen and her friends. Don&#39;t miss the exciting climax of one of Asamiya&#39;s best stories ever, featuring powerful, beautiful, and magical woman at war!