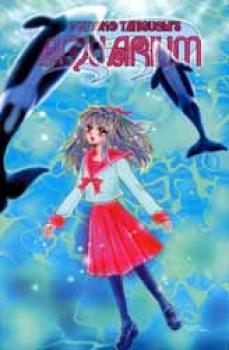 Other items in Aquarium manga US 1st ed

Tomoko Taniguchi, the popular artist of the monthly series Princess Prince and the romantic graphic novel Call Me Princess, returns with the all-new Aquarium, collecting #1-6 of the comic series. A young girl named Naoka fails the competitive exam for the high school she wanted to attend. Her hobby has always been going to the aquarium to see the fish and dolphins, and she spends more time there to find solace after her disappointment. At the aquarium, she meets a boy, Haruki. At first he tries to befriend her, but she is not able to return his friendship because she is still saddened by her failure. If you have ever experienced disappointment and the fear of change and new love that it can bring, Aquarium will touch you like few other works. Tomoko Taniguchi&#39;s elegant style is at its most moving and expressive in Aquarium, which also includes two additional stories, &quot;Fly Away Stewardess&quot; and &quot;Your Kingdom,&quot; plus an all-new introduction by Lea Hernandez (Rumble Girls).