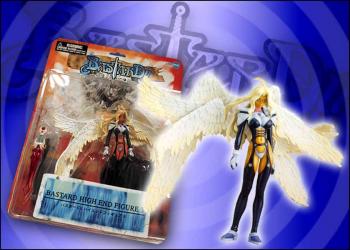 The next figure in the Bastard!! action figure line is Mikael, one of the Four Great Angels who battles against the Devil to free the other angels being held captive in Hell. She was the angel who took the role of Leader of the Great Angels when Lucifer, who used to hold the position, fell out of favor and was cast into the abyss. Standing approximately 7 1/2&quot; tall, and sporting 4 points of articulation, Mikael comes with a spare hand with which to hold his sword, and include poseable wings with a 12&quot; wingspan! Sculpted by Keiji Iwakura. Original Japanese packaging. 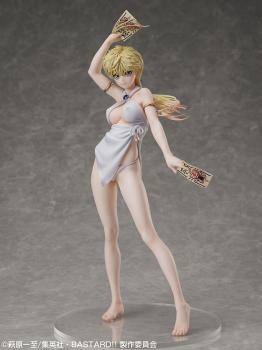