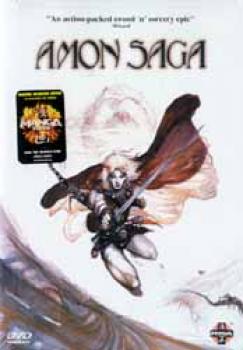 Set in a barbarous world of magic and mysticism, Amon Saga follows the exploits of a young man named Amon who is on a desperate quest to avenge his mother&#39;s death. When his hunt leads him to the castle of the Emperor Valhiss, Amon joins the ranks of the Imperial Army to take revenge -- until he unexpectedly encounters the Princess Lichia, daughter of King Sem Darai. The Emperor hopes to exchange the princess for a map in the king&#39;s possession. But what is the Emperor&#39;s ultimate goal? Featuring brilliant character designs by the incomparable Yoshitaka Amano (Vampire Hunter D), Amon Saga is certain to provide anime fans with an epic new sword & sorcery tale that they&#39;ll treasure forever. Approximate running time: 68min.
Region: 1