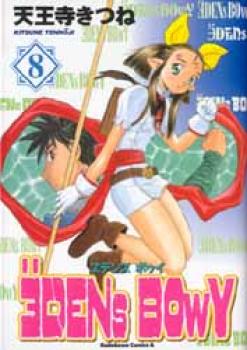 A fantasy manga by Kitsune Tennoji (Olfina). Meet Jorrne, a poor farm boy, who aspires to visit the floating city of Eden (&quot;Heaven&quot;), a place where the people prosper and possess both sophisticated culture and technology. Raised by his stepfather, Jornne is actually the son of Reveal Maiden, a highly respected lady in Eden. Although he&#39;s unaware of the fact, it&#39;s believed he possesses special powers to destroy gods. During his journey to Eden, he meets a mysterious girl named Elyssis, who falls in love with him and has sworn to protect him from the residents of Eden who think he&#39;s the mighty &quot;god-slayer&quot;.