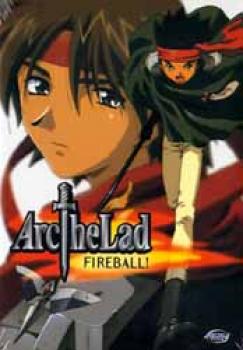 Other items in Arc the lad TV DVD US

The action never stops as Elk, Shu and Lieza find themselves pursued at every turn. When the bounty on pandit is lifted, Elk is sure it's a trap, and he and Shu hatch a scheme to find out who's after Lieza by using her as bait. What they don't plan on is that there's another party after the Mayor and his cronies, and his attack is going to happen at the same time as their own! A fantastic aerial battle above the city is only the beginning of a thrilling chase through the clouds and over the ocean as Elk finally confronts his nemesis, the mysterious Arc, in the second sensational volume of Arc the Lad!