<UL><LI>Episode 10 - Shooting star<LI>Episode 11 - The flaming battlefield<LI>Episode 12 - The battle for Aptic Gate<LI>Episode 13 - The shape of bonds</UL>The battle has raged on. The United Mankind's new weapon has taken a heavy toll on the Imperial Star Forces. Admiral Bebaus is faced with losing nearly half his fleet, and the main battle has only just begun!

On the fornt lines, the Basroil's doing the best it can, but there are just too many enemies. Despite their valiant efforts it looks like the battle may be lost. But Lafiel, who is an Imperial princess, isn't used to losing and she isn't about to start now.

And just when things look their darkest...disaster strikes! Will Lafiel and Jinto survive this latest challenge? 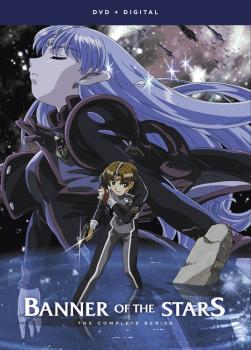