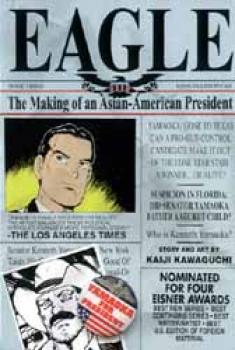 A brilliant tactical turnaround during the first TV debate with Vice President Al Noah, Yamaoka narrowly wins his first primary in the vital state of New York. Now it&#39;s off to Texas to capture the second largest state in the country. But how well is an urbanite Asian Senator going to do in the heart of the Lone Star State? Especially when he goes for an unscheduled &quot;town hall&quot; meeting in a ranchers&#39; honky-tonk? Then, the campaign moves to California, the nation&#39;s single most important state in the primaries. Yamaoka makes himself known in the Hollywood glamour circles while behind his back VP Albert Noah and his staff plot to derail Yamaoka by digging up a family scandal.