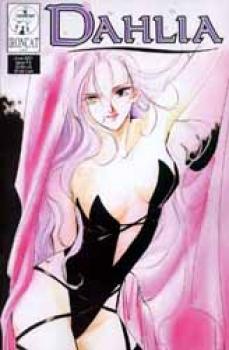 From the artist of Vampire Miyu comes the gothic tale of Dahlia. Lia D. Green and Yu Fujiwara are both new at school and are equally disliked by the other students. Lia because her last school was the site of several grisly murders, and Yu because of his uncanny resemblance to a former teacher. Yu talks Lia into trying out for the lead in the school play because, he tells her, she speaks fluent English. However, he has other reasons: he want to get closer to the mysterious girl.