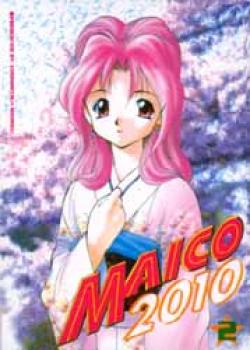 Shortly after Maico&#39;s splash debut at Japan Broadcasting, a new temp worker arrives at her office. She&#39;s RIE, and android vixen with more on her mind than filing. She (and her flying robot sidekick Millennium) are agents of a mysterious corporation that wants to destroy Maico. After several attempts to discredit and sabotage Maico, the two androids meet in hand-to-hand combat in the ruins outside Tokyo. Both are severely damaged in the battle. Masudamsu and Matsuo race to get both androids to a repair facility, which turns out to be another trap. In a thrilling final sequence, find out what lengths a robot will go to protect its creator, and a shocking secret about Masudamsu is revealed.