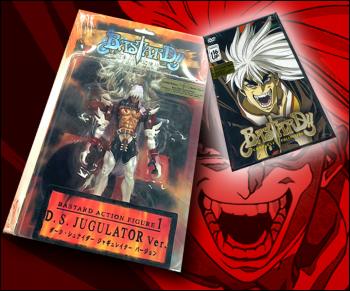 Fifteen years ago, the legendary warlock Dark Schneider led an army of destruction on a quest to conquer the world. Not for money. Not for Power. Just because he could. However, the good priests of Meta-Rikana magically imprisoned the vengeful wizard ending his threat. Incapacitated, Dark Schneider&#39;s old comrades, the Four Lords of Havoc, are renewing the legacy of conquest with the added intention of resurrecting the Great Demon of the Apocalypse - Ansla-Sax. Now, on the wake of Armageddon, The Great Priest Geo knows that the only one powerful enough to defeat the Four Lords of Havoc is Dark Schneider, but how can he risk his lovely daughter Yoko to break the seal, and dare he rely upon their most feared enemy? Collecting all 6 episodes of the epic fantasy! Also available with a collectable Action Figure exclusive only with the Special Collector&#39;s Pack! Approximate running time 180-Minutes.
Region 1. 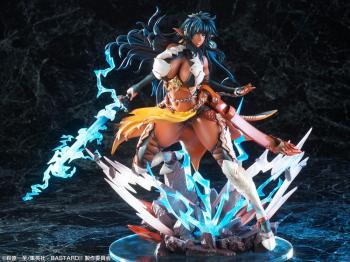