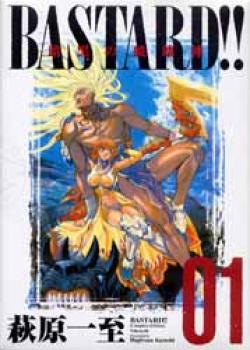 Other items in Bastard!! comic US

A thoroughly retouched and revised edition of the Kazushi Hagiwara&#39;s manga masterpiece, originally published in 1988! This is the story of DS (Dark Schneider), an evil sorcerer who is deprived of his magical power by the High Priest of the Meta Llicana Kingdom. DS&#39;s soul is placed within a baby boy named Loosh, and is then adopted by the High Priest. 15 years later, in a time of a crisis, DS is released by a kiss from Yoko, the daughter of the High Priest, to protect the Kingdom. However, DS tries to kill the High Priest and re-conquer the world! The only one who can stop him is Yoko! Fantastic artwork. Highly recommended for all manga fans! Stunning front cover art by Yasushi Nirasawa (Nira Works).