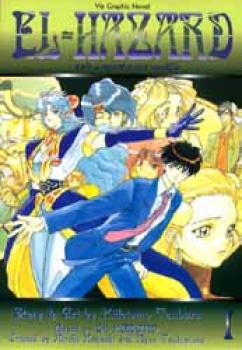 Good-natured Makoto Mizuhara was liked by all - a fact that arrogant class president Jinnai could not abide. But that was before he met a strange woman in the depths of Shinonome High School and was whisked away to the even stranger world of El-Hazard! Along for the ride, Jinnai, his sister Nanami, and teacher Masamichi Fujisawa also join Makoto. While Makoto and company befriend the royal family of Roshtaria and the Muldoon Priestesses, Jinnai has allied himself with the seductive Deva, queen of the hive-like Bugrom Empire. Now, with the fate of El-Hazard in the balance, three factions vie for control of the most feared weapon ever created... the Demon-Goddess Ifurita! In this volume: Makoto Mizuhara is a high school student who has been transported to a fantastic world called El-Hazard where he encounters beautiful priestesses with elemental powers, Demon-Gods, ferocious giant bugs, and his classmate Katsuhiko Jinnai, who is intent on using the powerful dark forces of El-Hazard to take over this strange world. Will Jinnai succeed or will he destroy El-Hazard in his quest for ultimate power? Will Makoto be able to stop him? Will they ever make it back home? 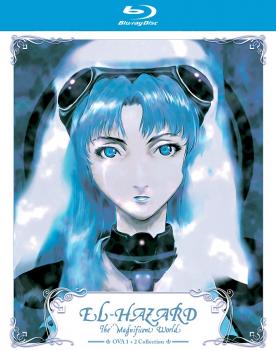