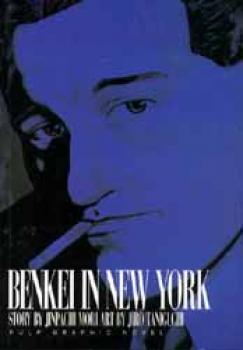 Manga doesn&#39;t get any more &quotnoir&quot than this! Benkei is just another expatriate Japanese artist living in the Big Apple or so it appears. As these &quotdiabolical hard-boiled stories&quot show, surfaces aren&#39;t always what they seem. Flashbacks delve into sordid, secret past lives, and old scores, long festering, emerge without warning, asking to be settled. And Benkei&#39;s secret? Maybe it&#39;s just that he&#39;s the only artist in town who isn&#39;t dreaming of being a hitman-for-hire he is one. Each self-contained episode in this complete Benkei collection is a tightly plotted, beautifully rendered, and psychologically harrowing ride into the heart of urban darkness. A hard boiled tale of revenge, rendered in the tight-lipped, fine-line style of the estimable Jiro Taniguchi, one of the creators of Hotel Harborview. Haggis, anyone?