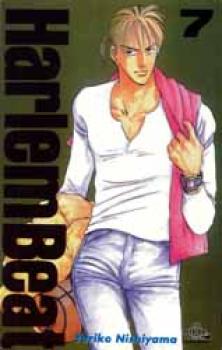 The only sports manga in America! Nate Torres has finally earned respect on the B-ball courts, having led his street hoops team, Scratch, to the 3-on-3 championships. But in the competitive world of high school basketball, it takes more than street smarts and cool moves to get to the top. Can Nate integrate and get the respect he deserves in a team of bigger, older, and more experienced players?