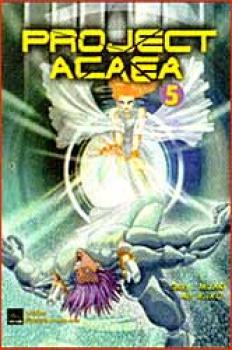 The final volume! Khan has ordered Lucipher to obliterate the human race, but Lucipher has experienced the warmth and love of humans and refuses his orders. Meanwhile Khan has already sent 30,000 trained killers to attack the entire eastern seabord. Lucipher decides to help the humans to save Earth but Khan has killed Haesoo and absorbed her powers. Lucipher, devastated by the loss of his love is hopeless but decides to avenge her death and rescue the human race by fighting Khan to death forever into the Black Hole.