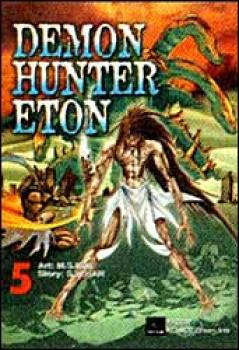 The final volume! Eton is almost dead, and Medusa hangs over him waiting to take his soul. Junah is devastated and tries to save him but to no avail. Eton&#39;s prescribe power of omnipotent eviel soul leaves his body and is taken by Soucon. Soucon kills Eton&#39;s father, the Emperor of Evil to take over the reigns as the new Emperor of Evil. But meanwhile, Eton returns to avenge his death by eating the sacred egg of the Evil Emperor. In the deadly battle between Soucon and Eton, the world&#39;s future is at stake but Eton selflessly gives up his life to save the world. But what about the unrequited love for Junah and Eton?