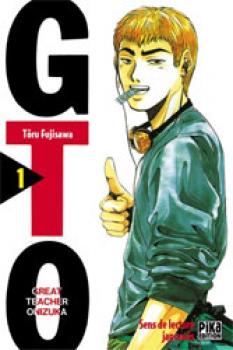 Other items in GTO manga FR 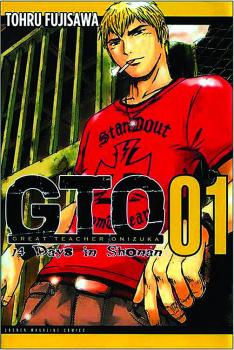 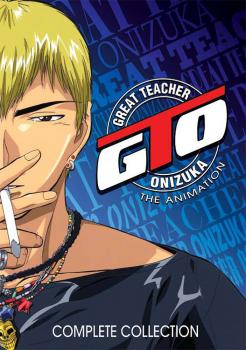 Eikichi Onizuka was a delinquent and dropout, but decides to become a high school teacher, mostly to meet girls. Despite himself, he somehow manages to become a &quot;great teacher,&quot; solving his students' problems with the most unconventional of means.

I found this series a bit reminiscent of Golden Boy: Both Eikichi Onizuka and Kintaro Oe [Golden Boy] have somewhat foolish, perverted exteriors which hide their hidden abilities. GTO is a bit more realistic than Golden Boy (or put another way, it is slightly less preposterous), but I found Eikichi (at the start) a less likeable character than Kintaro. However, my opinions changed as the two series progressed; by volume 3, GTO is much better than Golden Boy. Fujisawa seems to handle the continuing story well, coming up with all sorts of creative new twists, while Egawa just gets bogged down.

The Pika edition is unflipped and is (for most of the volumes) done with care. Unfortunately, the quality of the editing dropped off markedly in the middle of the run, so there were an increasing number of (unintended) spelling flubs, grammatical mistakes, and so on, which both irritates and (for a non-native speaker) increases the difficulty in puzzling things out. Fortunately, things improved again in the latter half of the run. All in all, a pretty good job with a pretty difficult (in view of the slang content) manga.