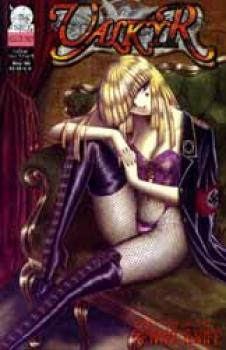 In the Year 200x, the Earth has been devastated by a nuclear Unification War, and the world's population now lives on the artificial continent of Yoshiwara, located in the Pacific Ocean. The Welt Corporation uses cloning technology to develop enhanced combat cyborgs, virtually indistinguishable from humans. These cyborgs, by law, have no rights, and a secret alliance forms among them to rebel against humans. Unbeknownst to the cyborgs, this conspiracy to revolt is actually orchestrated from within the Welt Corporation. In the first issue, Welt Corp's CEO orders a cyborg prototype made, cloning his own daughter as a basis. Welt intends to sell the series to the whorehouses of Yoshiwara, and so sells this one as an initial investment. The cyborg, Ichizu, possesses the memories of the original, and rebels. She escapes from the whorehouse, and is pursued by the Gestapo, Yoshiwara¹s cyborg police force.