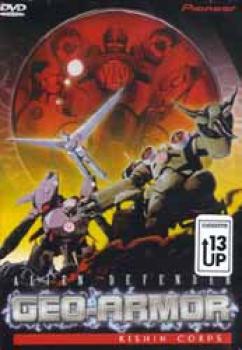 World War II just became a lot more complicated - Aliens have attacked! The Kishin Corps, an international association of Scientists dedicated to preventing the alien invasion have created giant steam powered robots using captured alien technology. In the midst of the global conflict, one young boy is thrust into the forefront when his father entrusts him with a controlling unit for a Kishin Robot! The struggle between Nazi forces, the Manchurian wing of the Japanese army and the Kishin Corps for the fate of the Earth has begun! Approximate running time 240-minutes.