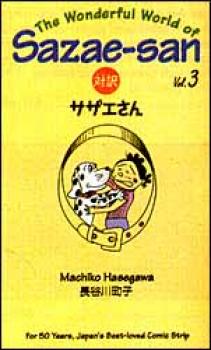 The Wonderful World Of¿ has sold more than 62 million copies since it was first published in a Japanese comic strip in 1946, and has produced other adaptations in the form of radio programs, an animated television series and even movies. This post WWII comedy centers on a cheerful heroine, Sazae, and was produced by Machiko Hasegawa Japan&#39;s first successful female comic artist. For readers unfamiliar with Japan the strip offers a glimpse into the daily life of the average family with insights into the cultural customs and events that mark their lives. Available in Japanese and English text for the first time!