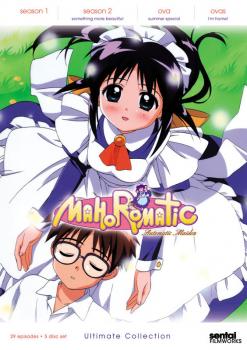 Mahoro has just 398 days left to live. A military android created by VESPER to combat the alien menace of the Saint, her operational lifecycle is winding down when, with just over a year to go, she is given the choice to retire from active service and do anything she wishes in her last days. Her unexpected choice, however, is to serve as maid and bodyguard to a very surprised teenage boy! But Suguru Misato isn't just any teenager. He's the son of Mahoro's former commander and is already in the crosshairs of the aliens! However, Mahoro isn't any ordinary combat android either. Using captured Saint technology, her creators may have given her something no android has ever had before: a soul. From the legendary Studio Gainax (NEON GENESIS EVANGELION) comes an amazing saga of life, love and combat! And the complete epic tale, including two new, never before released episodes, is collected here for the first time in MAHOROMATIC - THE ULTIMATE COLLECTION! 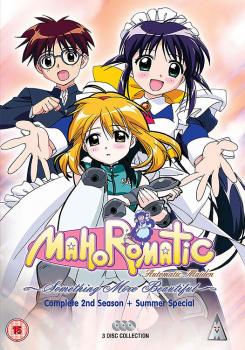