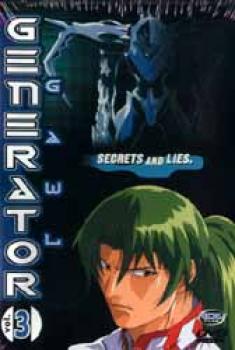 When the evil Professor Ryuko Saito steps up her surveillance efforts, Gawl, Koji, and Ryo are forced to hide underground until Gawl can recover from his near-fatal battle with an arachnid generator. Though her cameras may not be able to see them, Professor Saito has other ways of finding the boys. So when Koji and Ryo steal away to stop Professor Nekasa from discovering the dangerous include cells, Saito makes her move on Gawl - while her assistant Kanae intervenes with a shocking revelation of his own. Approximate running time: 75min.