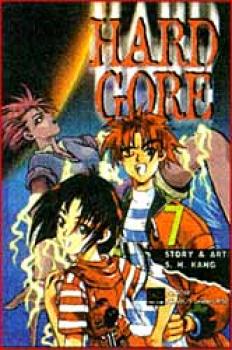 When we last saw Caine he was in a death match with Karkas. Later, Caine and Chimera battle for the life of Yoo-mi when Caine falls unconscious by a near deadly blow. Caine dreams his dead father is mocking him for his lack of conviction and purpose in battles. Caine discovers the joy and thrill of fighting an opponent that you know is stronger and prevailing over that enemy. Caine accepts Yoo-mi as his responsibility and promises to guard her from the never ending Stalkers after her. But why are they really after her? Why do they need this Blood Master, Yoo-mi? What can she do?