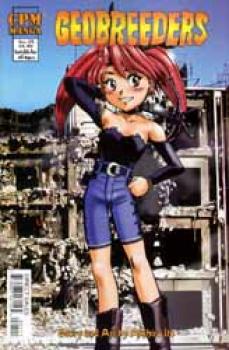 Other items in Geobreeders comic US

It&#39;s like a cross between Die Hard 2 and the hilarious movie Airplane when the gorgeous, sexy women of Kagura Security take on an airplane highjacker, who&#39;s bounced the highjacked jumbo jet up and down into the streets of Tokyo a couple of times before finally landing it in Ayagane harbor -- nose down! It&#39;s madness inside the downed plane, as the hot and hot-headed Kagura girls try to capture the highjacker while fighting off supernatural phantom cats!