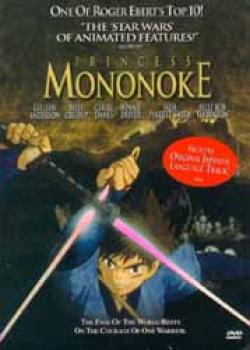 In a remote mountain village, Ashitaka (Crudup), the last young warrior of a once-great clan, undertakers a journey to find a cure for a life-threatening curse laid upon him by a dying forest god. Along the way, he becomes involved in a bitter fight between the Tatara clan, led by proud Lady Eboshi (Driver), and another human tribe, with a race of forest-gods in the middle. Ashitaka meets San, the Princess Mononoke (Danes), a young woman raised by wolves, who is prepared to die to defeat the humans. The Princess drags young Ashitaka into the struggle between man and nature, forcing him to try to find a way that will halt the endless circle of killing and create a middle ground where forest creatures and humans can live together in peace. DVD bonus features include theatrical trailer, production featurette, French & Japanese language tracks, and more!