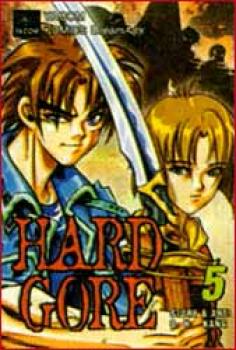 With an injured leg, Duke continues to constantly battle Stalkers, to become the Guardian Master. This is the only way he can save his loved ones. Duke recalls his own childhood of death and murder. He tells Caine of this incessant threat of Stalkers. That is why he raised Caine the way that he did. He trained and prepared him for his future of defending himself and killing Stalkers instead of being killed by one. Duke is very badly injured. He chooses to transfer all of his abilities, powers and knowledge unto his son by asking him to kill him. Caine kills his father and absorbs his powers so that he can continue his father's quest to become the Guardian Master. Will Caine discover his real destiny? Can he defeat the strongest and deadliest of Stalkers? And what does his sister Yoo-Mi have to do with all this?