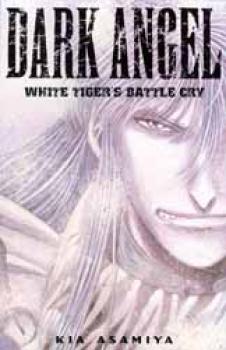 One of the finest fantasy manga adventure series ever, created by one of Japan's top manga artists, continues in the second exciting volume of Dark Angel! Dark is a young swordsman who has succeeded to the title of Phantom Saint, and must prove himself against all odds on a quest aided by his spirit guide, the beautiful and diminutive spirit, Kyo. In Book Two, Dark faces the three great challenges that will confirm him as a Phantom Saint: a skilled human martial opponent, a magical demon, and a rite of passage in the Underworld. First, he faces Rin, a deadly master swordsman. Then, Dark joins forces with Shou, Phantom Saint of the White Tiger, and his beautiful sidekick Bee, in a fantastic battle with Gou, the murderous bear demon. Suddenly, after the climax of the battle, Dark is swallowed up by the earth and Kyo is assaulted by the gorgeous and powerful Bee, who mocks her and her quest to guide Dark to his destiny! But the Dark Angel rises transformed in a powerful volcanic eruption, with immense dark wings and bleeding black blood, like the true Phoenix that he is!