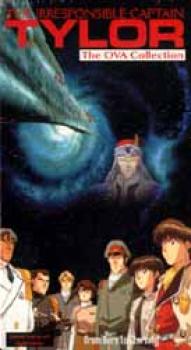 "From Here to Eternity"¿Something's not right in the universe: UPSF ships are being destroyed and it looks like the Raalgon forces are to blame. It would be a logical conclusion that they're behind this: it's no secret they're not happy about the war's resolution any more than the UPSF is. Worse, there was that very recent situation with the weapon developed in Raalgon laboratories first seen in "An Exceptional Episode." Then, there's that situation with Yuriko in "If Only the Skies Would Clear" where she was kidnapped by Raalgon agents and forced to rewrite her report. It certainly looks like the shooting is going to start up once again, and this time it won't end until both sides are utterly destroyed. Jockeying for position in this upcoming war, neither side has given their situation a great deal of thought... but it appears to each that the UPSF might have an advantage this time around. Having developed their own secret weapon and now being able to deploy it, the UPSF has the Raalgon forces concerned. This new weapon is almost as destabilizing as the Raalgon anti-shield weapon ... but it renders most of the UPSF's ships obsolete. For some in the high command, though, there is a tiny nagging voice in the back of their minds. Could something else be going on here? Find out in the final volume of the Irresponsible Captain Tylor! 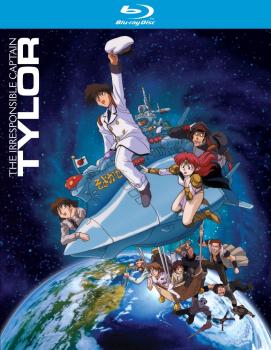