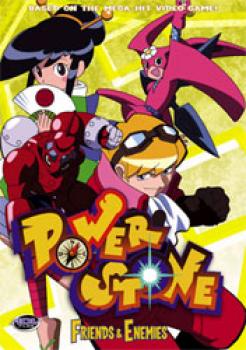 While passing through Dulustown, Falcon finds that the city is under attack by marauding indians, and he chooses to use a power stone to save the citizens of the troubled city. Soon it's out of the frying pan and into the fire as Falcon falls prey to a devilish plot hatched by the pirate Kraken. Later, in Aqua Land, Falcon and his cohorts learn the only way to beat Kraken is to join forces. Things get even more complicated for Falcon when he comes face to face with his idol - the legendary fighter Valgas. This all leads to the burning question everyone wants answered - "Are you friend or foe?"