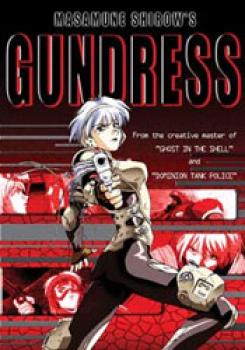 In 2100, the newly built Bayside City serves as Japan's premier international port. The Angel Arms Company is established by a former policewoman named Takako, to help wage war on terrorism with armed security suits. When the mayor is assassinated, the women of Angel Arms end up protecting the evil crime-lord Hassan, in hopes that his information will help bring down a global terror ring. Takako's back is to the wall as a band of criminals plot to kill Hassan, and the organization's leader is revealed to be the former lover of Angel Arms' own Alisa. From director Katuyoshi Yatabe with production support by Masamune (Ghost In The Shell, Appleseed) Shirow! Approximate running time: 135 minutes.