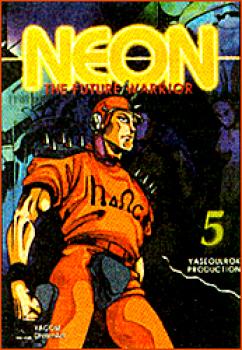 In order to save Rachael from the Cyborgs, Neon heads to Wooworth creek with Susie in secrecy. But, Nina contacts NASA and agent Carlos decides to join them. The Cyborgs release Rachael with Neon's promise not to attack them, but NASA's special task force attacks at the same time and hurts Rachael. Furious, Neon attacks the special task force but they are holding Susie hostage. Reluctantly, Neon agrees to listen to Carlos in exchange for the safe release of Susie. Back at NASA, Neon is placed under a mind reading mechanism where NASA initiates the dangerous task of reading Neon's sub-conscious for the secrets of the lost Atlantis era! Long ago, the Atlantis continent was ruled by two races. The Titans and Roselands were the two equal rulers of the continent until the Titans broke the peace treaty and conquered Roseland. Lionheart, a Roseland slave, was forced to become a "Powerball" player, a guinea pig for the Titans. To spare his life and become royalty, he was given the impossible task of winning 100 straight games! With one last game to go, Lionheart has become the hero of slaves and Titans, but in the final 100th game, Lord Rudolph awaits to kill him one way or another!