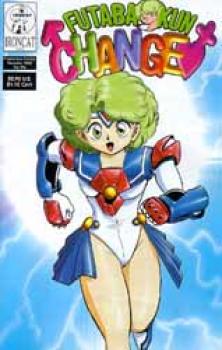 The "New Face of Great Land Amusement Park" contest winner is the one and only Futaba-chan! Not only does her face appear on posters for the park, but she is also starring in a new high-tech virtual sci-fi ride. Along with her mother (well, father) and friends, they set about filming the footage for the ride. Too bad there's a sore loser in the cast who is trying her darnedest to sabotage Futaba-chan's debut.