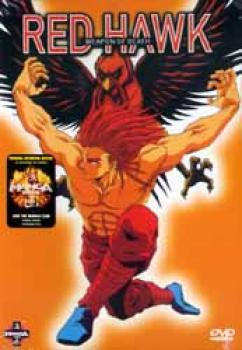 His most powerful enemy... His brother... A fight to the death!

Terror and chaos reign in the land of Chungwon. Camellia Blossoms, the most powerful of the warring gangs, uses this time of unrest to wrestle control of the country from the ailing peoples government while producing counterfeit gold coins to cripple the struggling economy. Within the Camellia Blossoms gang, a group known as "Five Dragons" is being trained to kill in martial arts. Two brothers, Danlyong and Muklyong, belong to the group. But Danlyong, with the aid of his elder brother, escapes. In retaliation, the group punishes Muklyong by taking control of his mind and body. He will be their "Weapon of Death".

Three years on, the innocent townspeople are too afraid to move against the evil Camellia Blossoms. The government has now been overthrown by the most powerful of the gang's martial arts experts, Lord Seobong, and there is no one left to oppose him. Smaller gangs in the countryside continue to flourish, causing death and mayhem in the villages. Honglyung, seeking revenge for her father's murder, sets out with her friends to find the only person who can save the country - Red Hawk. But to be victorious, Red Hawk must face and kill Camellia Blossom's most powerful weapon... his own brother!