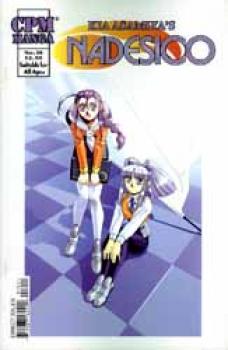 Kia Asamiya (Dark Angel) created great space adventure in Star Wars: The Phantom Menace, but his best sci-fi creation is the interstellar dramedy Nadesico, which is filled with inside jokes and references to other sci-fi anime and manga. In this climactic issue, the reborn Nadesico space ship engages the Jupiterian forces in an explosive interplanetary battle that only deepens the mystery of who these alien invaders are and why they&#39;re attacking earth. The young genius Ruri Hoshino and the cute robot 99 guide their ship into battle following the Federation Forces, but suddenly the Federation ships begin to retreat. Could it be because the mysterious aliens are discovered to be - from the past? From the Earth itself? Great space adventure and strong, beautiful women make Nadesico one of the best sci-fi comics around!