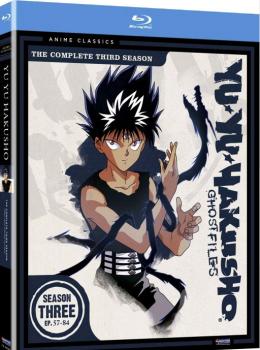 Other items in Yuyu Hakusho TV Blu-ray US

From cutting classes to brawling in the streets, Yusuke Urameshi is not your typical role model. In fact, this kid's nothing more than a fourteen-year-old delinquent with a talent for trouble. But in a single selfless act Yusuke dies while saving another. For such noble sacrifice he is given a second chance at life, but it's to be a life far different than the one left behind. Now a Spirit Detective, the young man must track down demons and humans alike who desire to rule over the three realms of reality.
The Dark Tournament has come down to a final grudge match and Yusuke's full wrath is unleashed as a friend's blood stains the arena floor. But there will be no time for rest or recovery as kidnapping follows victory and further intrigue threatens the boundary between worlds. A tunnel is being carved, one which completed will lay waste to the World of the Living. There are seven who seek an age of destruction and chaos, and hero must battle fallen hero. 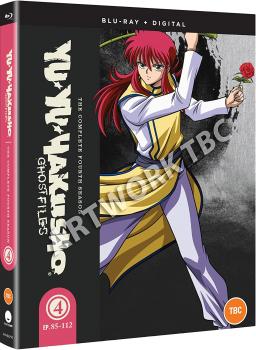