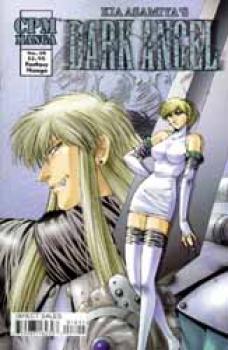 This issue features the climax of a showdown between Leen, the beautiful Phantom Saint of the Blue Dragon, and the gorgeous half-human/half-dragon Delphina, a mysterious, shape-changing goddess from Greece! Leen uses her most powerful magical spells in this unbelievable battle-royal that may be the end of Leen and lead to the conquest of Toi by Delphina and the mysterious Typhon, her powerful master! Don&#39;s miss the exciting climax of one of Kia Asamiya&#39;s best stories, featuring powerful, beautiful, and magical women at war!