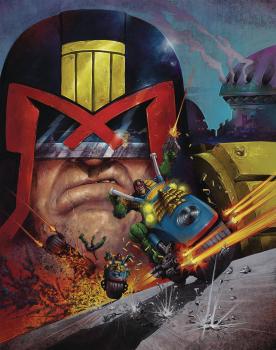 Incredible SF action from the Eisner-nominated UK anthology! Prog 2256 is the fourth bumper Regened all-ages takeover issue featuring complete stories. Cadet Dredd and his clone-brother Rico take to the streets of Mega-City One for Lawmaster handling with a difference; Middenface McNulty has some canine help in 'Strontium Dug'; young wizards have a schooling in 'Lowborn High'; plus lots more! Meanwhile, in Progs 2257-2259, Judge Dredd's life is turned into a musical, The Diaboliks battle a gang of supernatural villains in 'London Calling'; Cyd meets one of the universe's most celebrated pop stars in 'The Out''; the war against the Martians intensifies in Scarlet Traces: Storm Front; and it's Dexter vs dinosaurs! 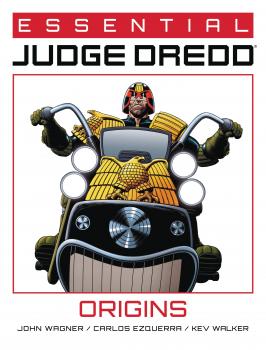 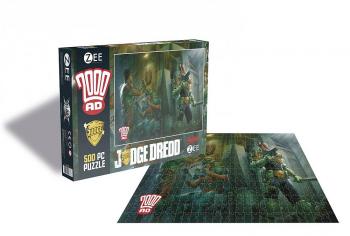