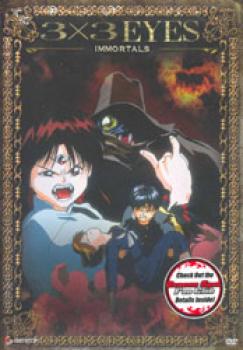 The Sanjiyan
Long before the age of man, legends whisper of the civilization of the Sanjiyan, powerful three-eyed demons that possessed the secret of immortality. Yet, despite their power they mysteriously disappeared...

Humanity
Our blind arrogance has built a civilization that believes only in itself. However, our sense of security is only preserved by refusing to perceive the dark shadow-world lurking just beneath the surface of our own...

Now
One man will be forced to confront this hidden world and discover the curse of immortality. What he finds will force him to embrace the demon world to find its humanity and his own?120 minutes