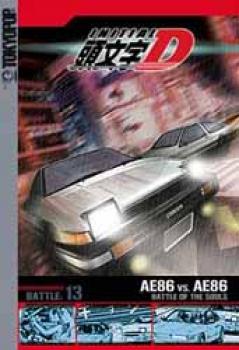 The battle of the Eight-Sixes has begun and not only do Tak and Wataru dash down the treacherous mountain roads but they race up it as well. It's a grueling clash of two warriors with neither willing to give an inch. Tak, thrilled by his new high revving engine, wants to win this battle no matter what but as the battle goes on his car starts to lose grip! What will the outcome of the battle be?75 minutes