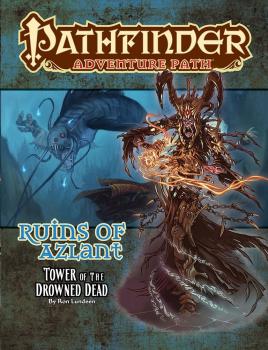 After learning that a powerful and ancient enemy is planning to steal a doomsday weapon and use it against humanity, the adventurers visit a ruined undersea tower belonging to an undead survivor of the cataclysm that destroyed ancient Azlant. In pursuit of the veiled master who they believe has infiltrated the tower, the heroes make their way through the submerged ruin, fighting against the tower's defenses and undead occupants only to realize that the veiled master already slipped out with the lich's phylactery and the location of the devastating weapon. Can the heroes also learn the location of the facility and escape alive to confront the veiled master or will they end up entombed in the drowned tower?

"Tower of the Drowned Dead" is a Pathfinder Roleplaying Game adventure for 13th-level characters. The adventure continues the Ruins of Azlant Adventure Path, a delve into the lost past of humanity's first empire. A selection of new monsters, a revelation of some of the secrets of ancient Azlant, and a look at Azlanti ruins in the Inner Sea round out this volume of the Pathfinder Adventure Path. 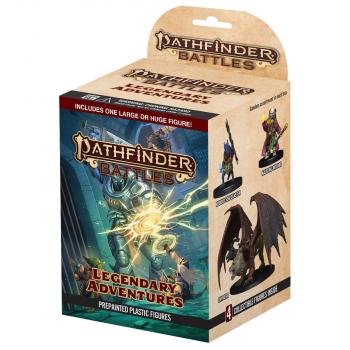