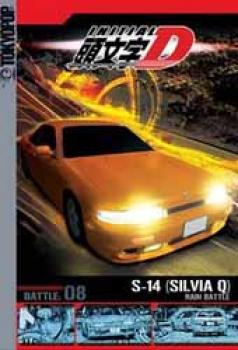 Iggy invites Tak to watch the battle between the Red Suns and Night Kids, hoping to cure him of his lovesickness before the big race. Tak has never seen a battle from the sidelines, and he is blown away when K.T. and Zack hurtle down the road. In the heat of the moment, Tak accepts a battle in the middle of a driving rainstorm!<UL><LI>Episode 22 - Fierce uphill battle!
It's strategy versus speed as K.T. and Zack go head-to-head<LI>Episode 23 - The rainy downhill
Tak accepts a challenge from team Night Kids.<LI>Episode 24 - Akagi's white comet
The tension is almost unbearable as Tak prepares for his race with Ry Takahashi!</UL>