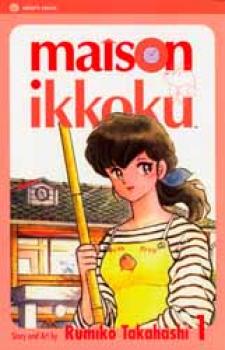 Bashful college student Yusaku is madly in love with gorgeous Kyoko, the widowed manager of his apartment building, the comfortably shabby Maison Ikkoku. As Yusaku and handsome tennis coach Shun vie for Kyoko's affections, the other Maison Ikkoku residents - a motley crew of volatile personalities - can't resist meddling in their affairs. 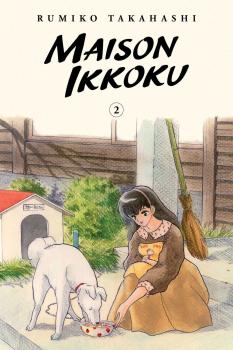 Rumiko Takahashi, Maison Ikkoku's creator, is a manga-ka who needs little introduction. Having created the widely popular Ranma 1/2, Inuyasha and Dragonball series among others, her vastly-diverse works are amongst the most beloved manga in the world.

Maison Ikkoku is a sweet and heartfelt love story set in the midst of an uproariously funny and thoroughly Japanese sitcom. Arguably the basis for a whole genre of manga, Maison Ikkoku is a vintage series which inspired several others (including the popular Love Hina). Takahashi-san's artwork is unique and expressive, and although over 20 years old, has stood the test of time, alongwith her great skill in storytelling.

This series will entertain anyone who loves romantic comedies, manga about life in Japan (there are lots of cultural references in Maison Ikkoku) and any of Takahashi-san's other series. A small amount of material unsuitable for children and younger teens is found in this series, however this is more *realistic* than deliberately over the top and doesn't spoil the story at all.