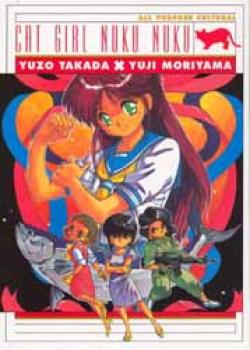 When inventor Kyusaku Natsume transfers the brain of his son Ryunosuke's cat into a top-secret android body, he doesn't lose a family pet...he gains a daughter! Nuku Nuku may appear to be a teenage girl, but her cute and cuddly exterior hides both the superhuman strength of the world's most advanced android chassis and the lightning quick senses and reflexes of a domestic feline. She'll need these abilities to defend Ryunosuke from the forces of Mishima Heavy Industries, a giant conglomerate run by the world's most ruthless businesswoman, Akiko Mishima, who, not so coincidentally, just happens to be Natsume's ex-wife and Ryunosuke's mother! This feisty feline might be determined, but her catlike cunning and mechanical muscle may not be enough to stop a custody battle that will soon become an all-out war! 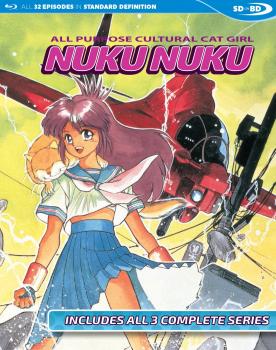